Understanding the behaviors, attitudes and decision-making process of your customers is critical to the success of any marketing strategy. Through these psychographic insights, you can better understand their needs and market to them effectively. 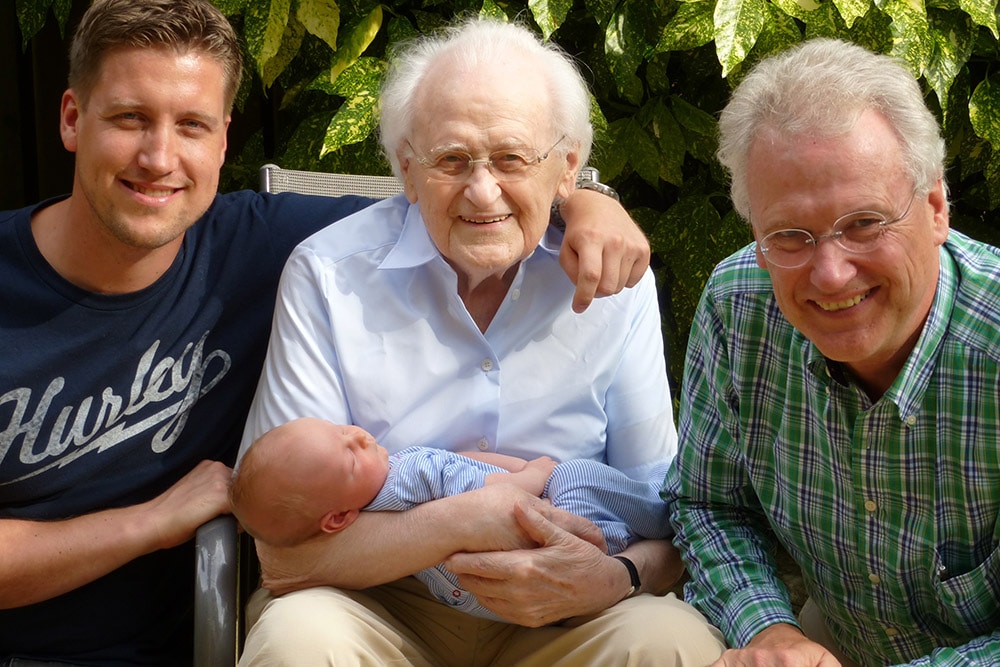 This article is the first in a series on knowing your target market. Here we delve into generational distinctions and why those distinctions are important. In this and upcoming articles we’ll also examine how to gather quantitative and qualitative market research through market segmentation and buyer personas.

Marketers need to know their customers and prospects true problems, how they attempt to solve them and where you may fit into their solution. While grouping your market into smaller homogeneous subgroups creates efficiencies in campaigns and messaging, understanding the generational divides (and similarities) in your target market adds further definition to your sales messaging.

Karl Mannheim, one of the founding fathers of classical sociology and author of “The Problem with Generations” argues that every generation is held together by major, shared life experiences which shape their collective world-view. His study of generational distinctions has since become a major part of macro-sociology, and a significant tool in the communications and marketing industry.

Mannheim put forward the notion that all “truths” and ideas are related to and influenced by the social context from which they stem. These social constructs get slightly altered by each successive generation, who form a specific social identity around common experiences.

As one grows up, a pivotal event or disaster can define their world-view often leading to a loss of innocence. They realize that their environment isn’t stable and parents can’t solve everything.

These life-altering events influence the identity of each generation.

By exploring the characteristics, changing patterns and trends related to your target generation(s), we not only gain insights on how to market to their collective social identity, but how to better engage customers on an individual level. 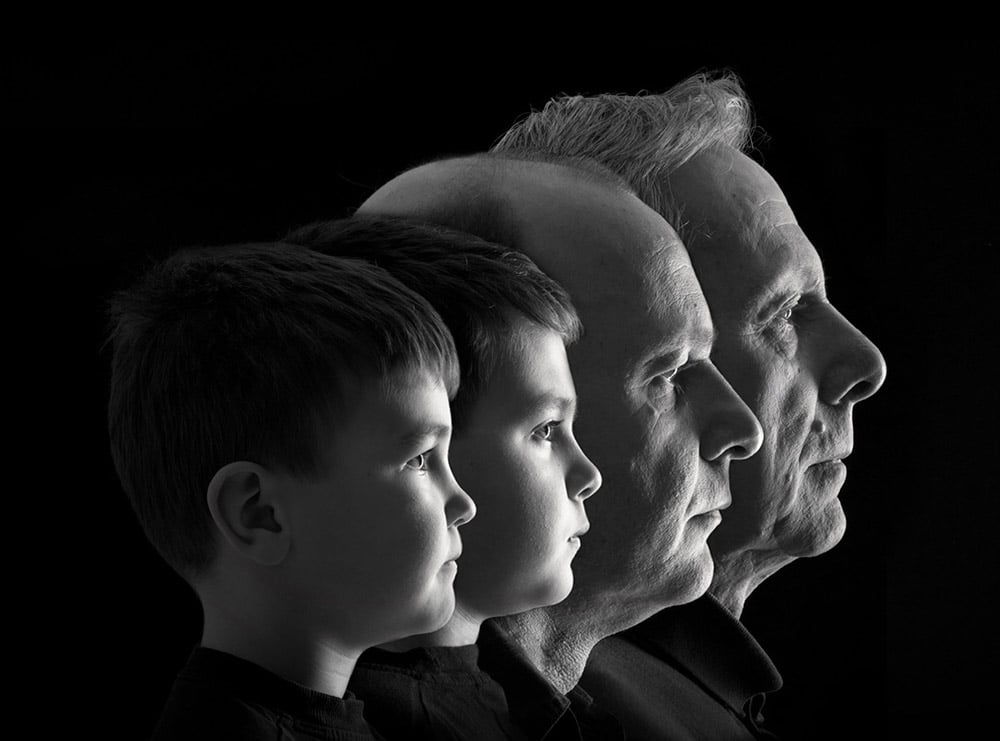 The G.I. Generation which represented 9% of the population in 2010 were impacted by their parents experience in the aftermath of the First World War, the deep despair of the 1929 market crash, and the “dirty thirties”. This generation grew up in the midst of great hardships, historic unemployment, no security and very bleak prospects. The children of parents who experienced the full personal and social impact of the Great Depression, the G.I. Gens are characterized by practical frugality who typically felt that “a penny saved was a penny earned.”  But when the chips were down they were also ready to pitch in. Deeply patriotic, many men volunteered to fight in the Second World War while their women lined up to work in factories that supported the war effort. Most young couples put off having families until it was over.

The Silent Generation representing 7% of the population in 2010, spent their formative years in the shadow of World War II characterized by rationing, underlying family fears and anxieties around those overseas, and many personal tragedies (25 million did not come home alive).  They were characterized by patriotism, loyalty, a level of conformity and conservatism that reflected the insecurities of wartime culture. Resigned to the many challenges they faced, they might be heard to say “This is just the way things are, can’t do much about it”.

The war ended shortly after atomic bombs were dropped on Japan. The Silent Generation became the first generation to be fully aware that “mankind could be wiped out by a nuclear war”. A state of anxiety became the norm for many with the fear of a communistic threat leading many families to build bomb shelters during Cold War tensions. The perception of the “communist plague” only intensified as the Vietnam War began in 1955.

Living in the shadow of the possibility of a much talked about nuclear war, they did experience the postwar catharsis and a growing post-war economy where jobs were increasingly available. This new optimism lead to a historic boom in birthrate. This generation witnessed the advent of the suburbs, rock & roll, television and the growth of consumerism. They eventually became the richest, most free-spending retirees in history.

Sometimes called the Flower Power Generation representing 14% of the population in 2010, this was the first generation that experienced simultaneous exposure and sharing of cultural events through coast-to-coast exposure to television. As TV became a popular medium it brought clearer defining moments to this and future generations. So as young people, “Leading-Edge Boomers” were highly impacted by the tragedies of the assassinations of JFK, Robert Kennedy and Martin Luther King. They bore witness to the growth of social awareness these leaders had brought into focus. They also witnessed the great optimism that lead up to and followed the moon landing and the transformative cultural phenomena of the Beatles 1st North American tour (Beatle-Mania). The awareness of the power of mass media to create profound changes in perception was now common knowledge.

Not happy with the status quo, this generation rejected establishment institutions and wanted to rebuild them based on how they wanted the world to work. They participated in the resistance to the Vietnam War, activism for civil rights, the growth of feminism and the largest Earth Day demonstrations in history. With the advent of the birth control pill in 1964, this generation also were the pioneers of a sexual revolution which broke down many social conventions. This “love” generation has been characterized by a sense of freedom, optimism and political engagement. They demonstrate a high rate of volunteerism even in retirement.

This generation representing 20% of the population in 2010, grew up during an era of cultural cynicism where the social impact of books like Rachel Carson’s “Silent Spring” was being felt, and the propaganda of large corporations and institutions were being recognized and challenged. In the wake of Watergate, which shed light on the lack of integrity of political institutions, the ongoing anxieties of the Cold War, and the economic destabilization of the oil embargo, this generation became increasingly fearful, cynical and disenchanted.

Yet because Leading-Edge Boomers had seen economic prosperity, “Shadow Boomers” had even higher expectations during a decade which featured a recession that yielded fewer resources. Sometimes called “Generation Jones”, they were seen to be “jonesing” after prosperity, if not a little bitter about their prospects. Less altruistic than Older Boomers, Younger Boomers might say “It’s OK to spend money on yourself.” Seen as a little more selfish, Shadow Boomers were characterized as the “Me Generation” of the  1980’s, and became the so-called Yuppies who embraced consumerism.

Sometimes called a lost generation, Gen X represented 19% of our population in 2010 and were children during a time of shifting societal values. Sometimes called the “Latchkey Generation” due to reduced adult supervision compared to previous generations, Gen X often felt isolated by divorced or career-driven parents. They grew up at a time prior to widespread availability of childcare options outside of the home. As young adults, they were called the “MTV Generation” as they became saturated with popular culture on television.

This generation also experienced the failings of our blind faith in technology with the Challenger disaster, nuclear accidents at Three Mile Island and Chernobyl. They witnessed the assassination of John Lennon and the attempted assassination of President Regan on live television.

Often feeling abandoned and misunderstood, Gen Xers can be short on loyalty, late to marry and wary of commitment. This generation has been deemed by some to be self-absorbed, into labels and brand names. They are also known for impulse shopping with credit cards.

In spite of these challenges, in midlife research describes Gen X adults as active, happy, and achieving a work-life balance. They are also known to be very individualistic and entrepreneurial.

Millennials are currently the fastest growing segment. Sometimes called “Echo Boomers” they are generally the children of Baby Boom parents. They were at 30 % of our population in 2010 at a time when combined Boomers represented 34%. Boomers now number 74.9 million in the US while Millennials took over the largest generation spot in 2015, numbering 75.4 million.

Not only have Millennials edged out Boomers as the largest group of customers in the marketplace, but they also bring the greatest lifetime value with decades of untapped market potential.

This generation is known for its increased use of digital technologies and a more liberal approach to politics and economics. The Great Recession had a major impact on this generation causing historically high levels of unemployment among young people, which in turn is leading to an increased level of entrepreneurship.

Millennials exhibit different attitudes toward employment, sales and marketing, which are challenging many conventional strategies and approaches. As the Baby Boomer philosophy to parenting was “We want it to be easier for our kids than it was for us”, it’s not surprising that Millennials have been perceived with a sense of entitlement, perhaps leaving some Millennials with a need to be more competitive.

As defined by the work of Karl Mannheim, the end of the Millennials and start of the iGen is closely tied to September 11, 2001. That day marks the #1 generation-defining moment for Millennials. Members of the iGen generation may not grasp the significance of 9/11, as it’s always been a part of history for them. While other generations express concerns over the loss of personal freedoms in the post 9/11 world, iGens seem to accept more invasive security measures, with its resulting loss of liberty and privacy.

A significant characteristic of this generation is the widespread use of the internet from a young age. Generation Z is very comfortable with technology, and are interacting on social media platforms for a significant portion of their socializing. Some have suggested that growing up through the Great Recession has left this segment feeling unsettled and insecure. 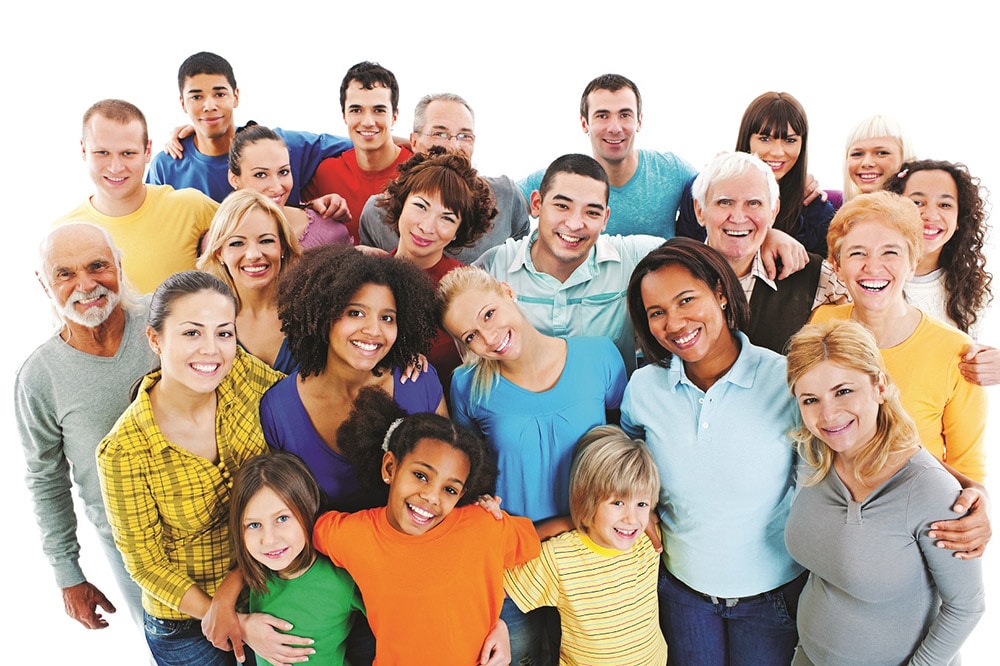 Having defined the generations and considered them separate market segments, how do you define a segmentation strategy?

There are several options available, and deciding whether to focus solely on a market segment or expanding your toolbox by developing a buyer persona is up to you. Keep in mind that buyer personas offer a detailed profile representing a typical buyer in a particular segment, and both tools used in tandem can paint a more comprehensive picture of your customers.

We recommend the following in your segmentation strategy focus:

-Identify the problems your target segment face and how they use a product
-Create buyer persona profiles of your target generation
-Include traditional criteria such as industry or geography
-Consider market feedback and evaluate the challenges your customers face
-For each challenge, evaluate how they and your competitors attempt to solve the problem

For your segmentation strategy add as much detail as possible (the more detail, the better). The goal is to position your company to own some of the mindshare of your generational target market.

Knowing Your Market – The Key Generations

In the next article in this series “Knowing Your Market”, we’ll shed important light on the changing trends in generational media use, and how that may shape your marketing efforts moving forward.

"I just wanted to personally reach out and send you a huge thank you for your hard work. The video is perfect. You captured everything beautifully and I can't wait to watch it over and over again. :)"

“We have used the work of your industrial photography team in our publications, annual reports and presentations for several years. Your images capture our foundry operations in action and we trust in your clear talent for creating powerful imagery under very challenging conditions.”

"The presentation from Media Arts Group helped us raise 5 million dollars for our project in a matter of weeks."

“Your well-crafted photography has filled the pages of numerous of our publications and appeared in several MNR on-screen productions.”

“The show you produced for us with Ben Wicks was a hit with our staff. It's both entertaining and informative. We are already seeing results.”